I like maps in books. Ever since I saw Tolkien’s map in The Hobbit, I’ve enjoyed referring to maps during a story to see where the characters were. So when I started writing A Togahan’s Tale, it was a no brainer – I wanted to include maps.

For the first two books, I hand-drew them, then scanned them with the typical 3-in-1 scanner/printer/fax machine that came with most new computer purchases. It got the job done. But a few months ago, the printer part went on the fritz. I never used the fax bit, and I didn’t need to scan anything, so I got rid of it and freed up some desk space.

I wanted maps for #3 however, but didn’t want to shell out the cash for a new scanner, and have enjoyed the additional desk space, so I got to thinking what I could use for the two-times-a-year that I needed a scanner.

I searched for smart phone apps, read several reviews, and tried a few. In the end I settled on DocScan. It had the nicest collection of features, was easy to use, had a decent user manual, and produced the right quality for what I wanted. Then I relied on my recollection of 1950’s spycraft, and set up this quick rig on my desk, to ensure the flattest image with minimal shaking distortion (calculator used as a iPhone stand-in): 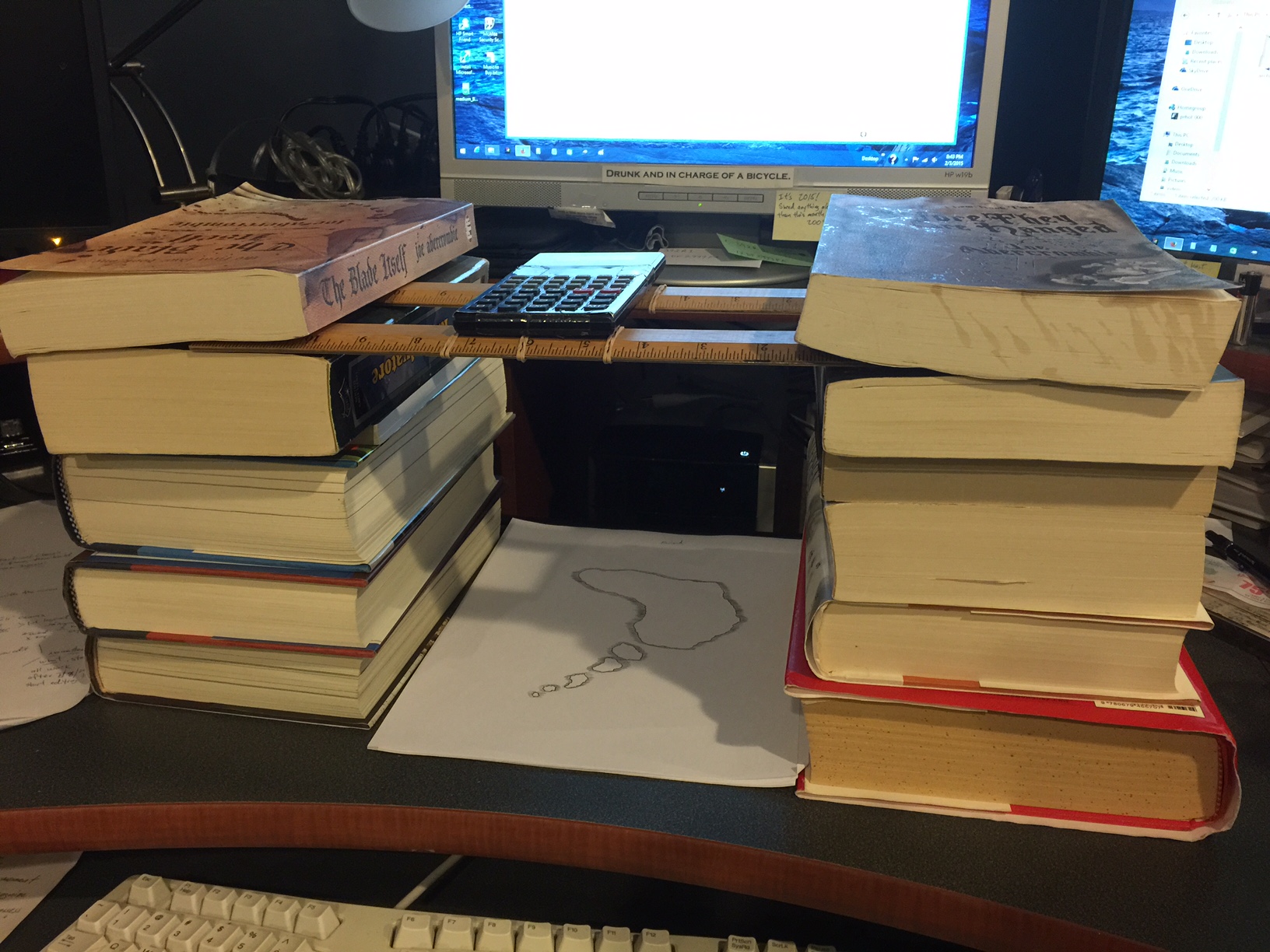 That’s two stacks of books, crossed by two rulers, wrapped in three rubber bands each, which kept the phone still as I swapped out the maps below and took shots with DocScan. (Originally, I tried to make a rig out of K’Nex, but after 20 minutes, the engineering complication exceeded the fun factor. Plus, I needed to get this done).

The initial scans came out great. Here’s one of the main continents of Earn: 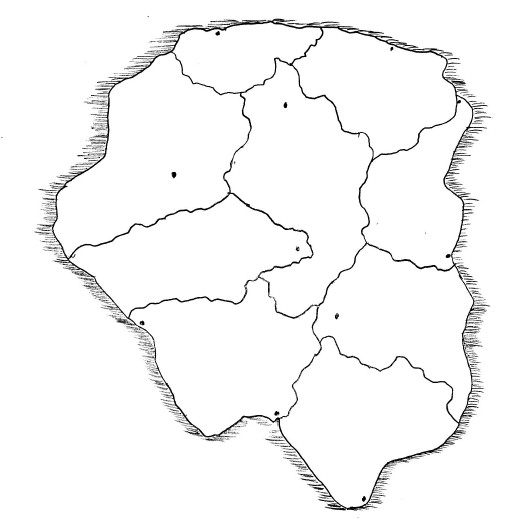 From here, I’ll enhance the images in either Paint or Gimp, and then label them in MS Word. Yes, I know there are several other (and arguably better) softwares available. That was another tangent I explored until I finally realized that finding and learning the right new thing would take longer than using the archaic process I know. Again, for something I do only a couple times a year, this made sense.

I’ll post one of the final maps later on. Until then, I’ll put the books back on the shelf, the rulers in the drawer, and clutter the new desk space with a hundred other things.

This entry was posted in Behind the scenes, Maps. Bookmark the permalink.