The Precise Art of Naming Characters

So I’ve been playing a lot of Fallout Shelter, and as my vault dwellers produced offspring or I welcomed newcomers to the vault, I jumped on the opportunity to name or rename the characters. This was a perfect place for a budding author to practice the fine craft of naming characters in a meaningful way. I imagined factors like:

With these and other questions in mind, I put a lot of thought into each of my dwellers’ names, forming (in my mind, at least) an elaborate society with subcultures, cliques, alliances and feuds. I’d like to share with you some of the names of my vault dwellers. Through these names alone, you can imagine the rich culture and backstory behind their interactions:

Although from the same family, Ballsballs and Bent remained adversaries their entire lives.

It took the combined efforts of the four crack engineers to maintain proper water pressure for the vault showers. 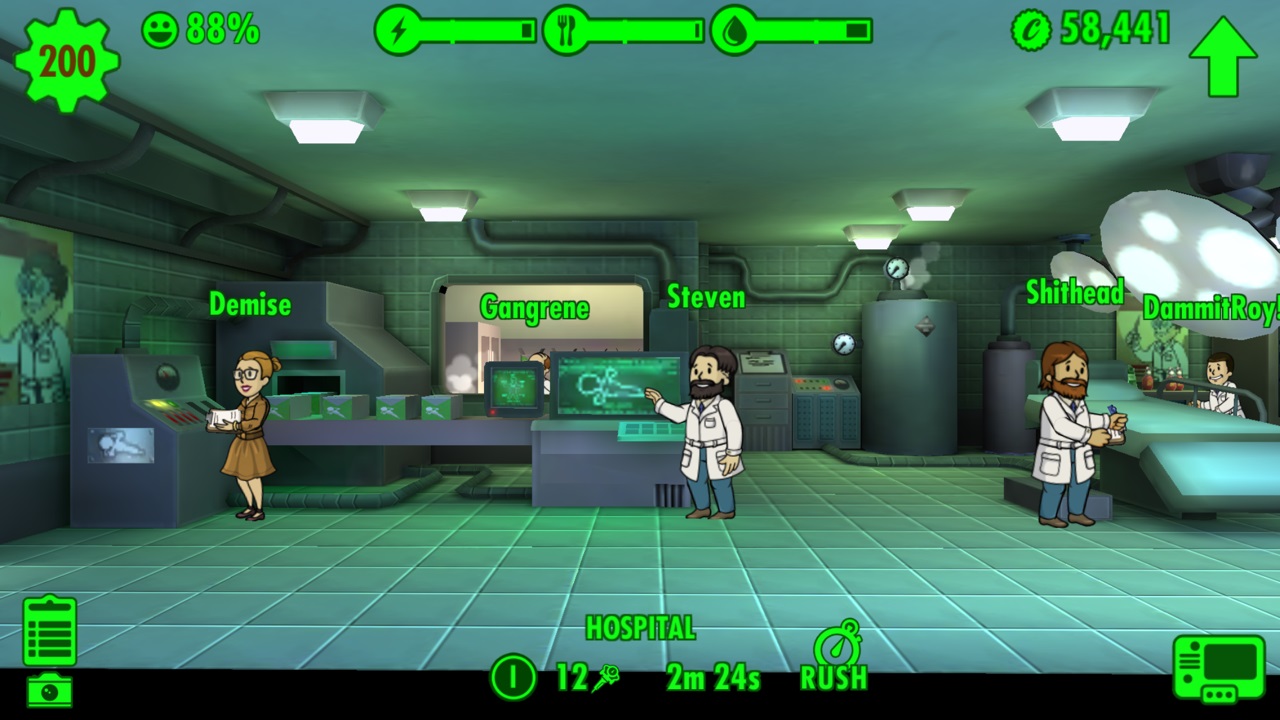 Barely noticed in the background, DammitRoy! plotted his revenge against Dr. Gangrene for leaving him for Dr. Shithead. Administrator Demise and Dr. Steven remained unaware…until it was too late. 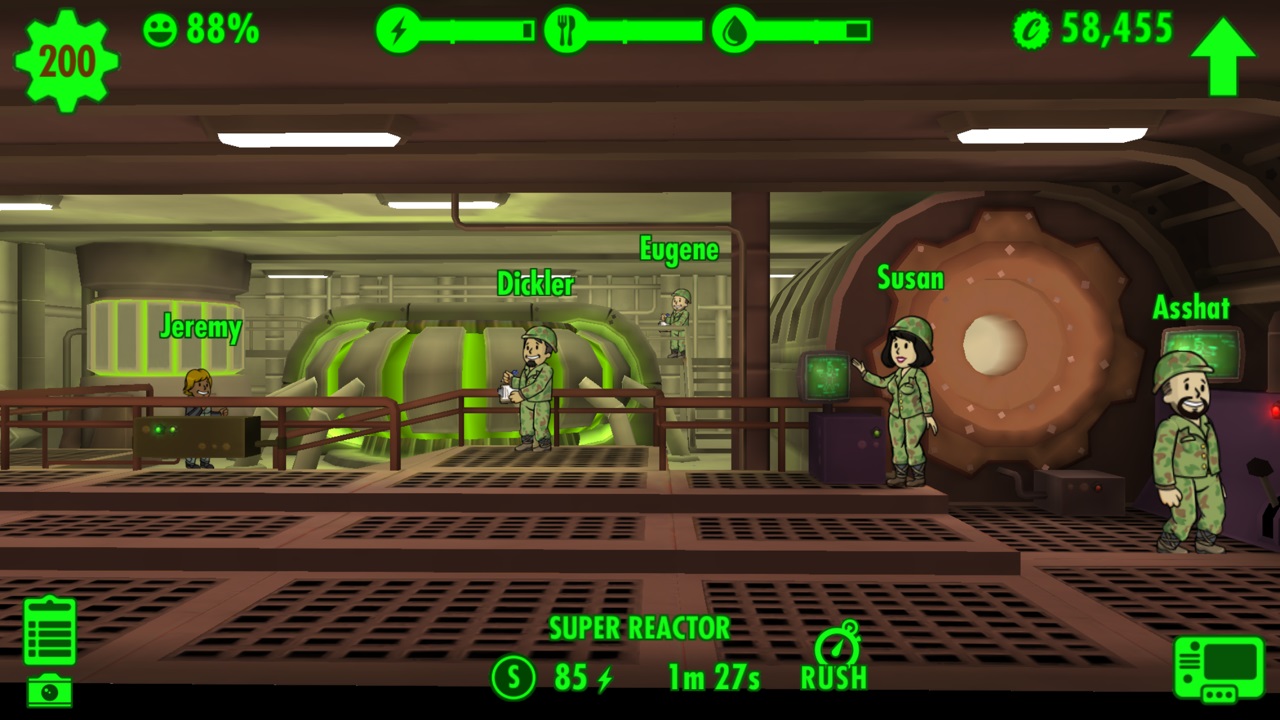 If Susan, Dickler, and Asshat don’t shut that reactor down soon, the entire vault is doomed!

And really, I could list out the entire cast of Vault 401, but by now, I’m sure you can appreciate the rich, interconnected relationships that are represented through the simple use of careful naming. 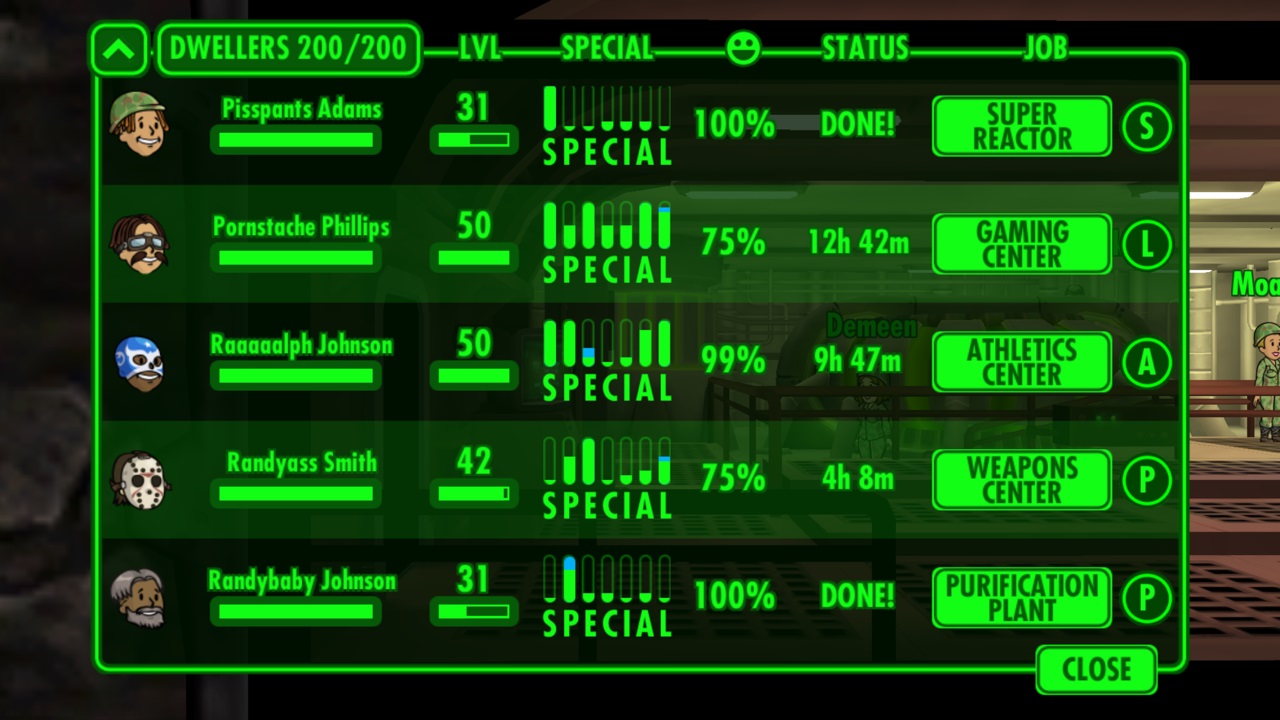 If no one else can help, maybe you can hire… Happy April Fools.

This entry was posted in Uncategorized. Bookmark the permalink.